Love Is boundless: the Academia is Ready to Help 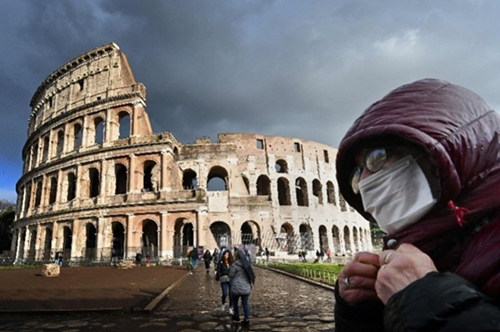 As the Coronavirus epidemic started to ravage across the globe in early March, South Korea, Italy and Iran, among many others, have declared a national emergency. Dr. Liu Guopeng, associate Research Fellow at the Institute of World Religions of the Chinese Academy of Social Sciences, donated ￥1,000 to Jinde Charities, making it the first donation Jinde received for its international anti-epidemic fundraising campaign.

Having made the donation, Dr. Liu also posted a message on WeChat, encouraging friends and kind-hearted people to join the charitable initiative.

“Italy is the country where I visited as a student, visiting scholar, conference participant and academic researcher. Italy nourished many Chinese students with its learning and arts. Now Italy has become the hardest-hit European country in the Coronavirus epidemic, struggling against a difficult situation… The world is one family, so we cannot idly sit by if any country is suffering, let alone one that has benefited us greatly. When Jinde Charities formally launched this international project, I made the first but small donation not only to help but also to give myself peace of mind. Loving friends, please take note and support the program!” Dr. Liu wrote in his WeChat post.

Upon seeing Dr. Liu’s message, Ms. Jiang, Li Yongzhi of the Zhizhi Book Club, Mr. Zhao Wanliang and Professor Weng of Guizhou University followed the appeal with donations. Some donors said their donations were small so they specifically requested anonymity; some small business owners were financially affected by the epidemic themselves, but were willing to some contribution; one donor was still trapped in Hubei, the epicenter of the outbreak. Many people showed great sympathy when they learned that the epidemic broke out in other countries and contributed generously.

“The entire world has been mired in this pandemic, and the human race is bound together in a single destiny by this disaster. I think nobody can stay aloof or wait on the sidelines, so we must take care of each other, support one another,” said Dr. Liu. He also pointed out that facing such a heart-wrenching reality, people should neither ignore it by downplaying warnings nor turn a deaf ear to it. The human race should face it and reflect upon it, so as to prevent tragedies of a similar or larger scale from happening in the future.