China-Italy: Help each other to Fight against the Epidemic

At present, after China, South Korea and Iran, Italy are the most severely affected countries. On March 16, a batch of protective materials including 100,000 surgical masks, a batch of gloves and protective clothing were sent to the epidemic area in Italy. On March 18, TherAsia Charity on behalf of the local hospital received two boxes of protective clothing donated by the Vienna Chinese Church and Jinde. (see photo below)

In front of the epidemic is spreading, President Xi on March 14 and 16, respectively called Italian President Mattarella and the Prime Minister Conte, Italy recently new crown pneumonia outbreak, on behalf of the Chinese government and Chinese people, sincere condolences to the Italian government and people, and said, "the Chinese side shall be firmly support and confidence in Italy beat the disease. We will send more medical experts to Italy as soon as possible and do our best to provide medical supplies and other assistance. ... It is believed that through this joint effort to combat the epidemic, the traditional friendship and mutual trust between the two countries will be further deepened and the all-round cooperation between China and Italy will enjoy a broader prospect." 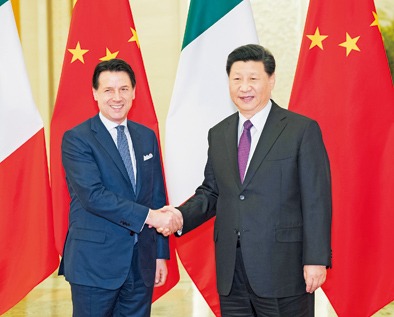 Conte thanked China for its precious support and assistance at a difficult time in Italy, which once again confirmed the profound friendship between the two peoples, and expressed sincere thanks to China on behalf of the Italian government and people.

According to the website of the Ministry of Foreign Affairs, on February 14, Chinese State Councilor Wang Yi met with his Vatican counterpart Alfredo Raghag in Munich. On behalf of Pope Francis and Secretary of State Parolin, Archbishop Raghag expressed the Vatican's respect and support for China to foreign minister Wang Yi, believing that China has the wisdom and courage to overcome the epidemic at an early date. Foreign Minister Wang Yi expressed his thanks for this and pointed out that the virus is the common enemy of mankind and requires the international community to join hands to deal with it. It is believed that the Vatican will play a constructive role in promoting the international community to support and cooperate with China's anti-epidemic efforts in an objective, rational and scientific manner and jointly safeguard world health security. Foreign Minister Wang Yi further pointed out that Pope Francis has repeatedly expressed his love and blessing for China in public. Today marks the first meeting between Chinese and Vatican Foreign Ministers. This is the continuation of China-Vatican exchanges for some time and will open up more space for future exchanges between the two sides.

It is reported that during the most difficult period of fighting the epidemic in China, when the country was in urgent need of masks and other protective equipment, Pope Francis personally ordered the Vatican pharmacy to order masks for China with 100,000 Euros. Although he later had to abandon the plan to help China with face masks due to the reduction of flights between China and Italy and the sudden outbreak of the epidemic in Italy, the Pope has always been concerned about the outbreak in China. Recently, he made a personal donation of 100,000 Euros to China to fight the epidemic and to care for the elderly through Caritas International and Caritas Germany. "200,000 Euros was donated by Pope Francis unconditionally in his personal name to China through Jinde Charities for anti-epidemic prevention and elderly projects to show his care for the Chinese people." "Explained Monsigner Segundo Tejado, Deputy Secretary-General of the Ministry for Overall Human Development. The donation is an expression of love between the Pope and the Chinese people after the outbreak of the epidemic in China. It is also a great recognition of the Chinese government's leadership in the fight against the epidemic.

Jinde Charities will implement the program in strict accordance with the Pope's intention to donate, especially for the Pope's anti-epidemic donation, and will help the most needy individuals and families who are suffering from the new pneumonia disease through the assistance of churches and relevant departments in the affected areas of Hubei and other places.

Mankind is a community of shared future. In the era of globalization, we should help each other in the face of epidemics and jointly tackle risks and challenges.

Time and space can not stop love, even thousands of miles away, we can still feel the warmth and blessings of the Holy Father. We will do what we can, with love and love, to help the needs of the most affected countries and regions. Pray that God will protect His people and help mankind to overcome the epidemic!

Caritas is a coalition of humanitarian organizations of universal Catholicism, based in the Vatican. Caritas International coordinates cooperation with the international community and Caritas in countries on emergency assistance and various social service projects. Currently, Caritas is chaired by Cardinal Luis Antonio Tagle, an overseas Filipino from Asia who was recently appointed by Pope Francis as minister of the ministry of the Gospel of nations. 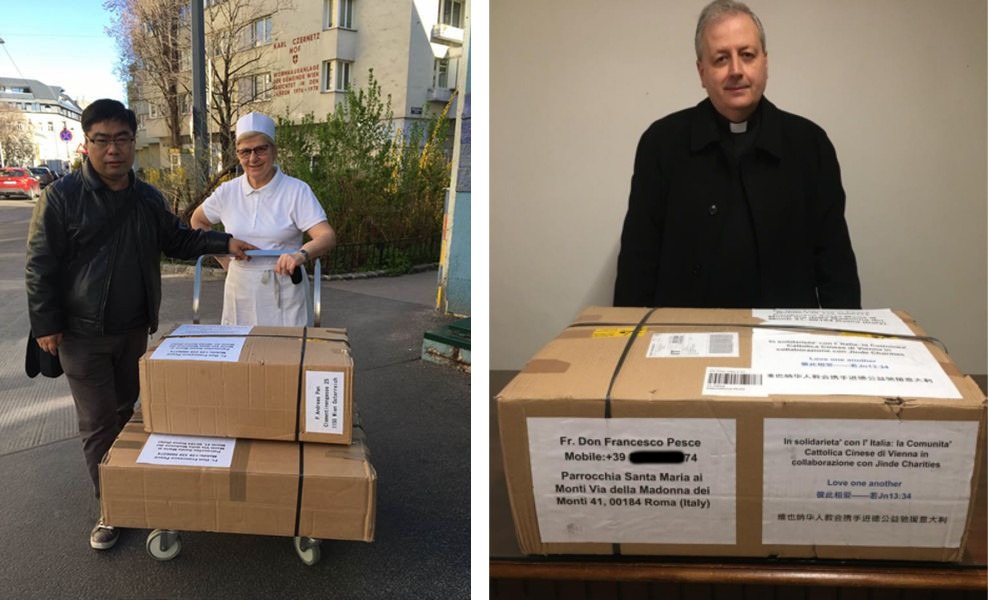 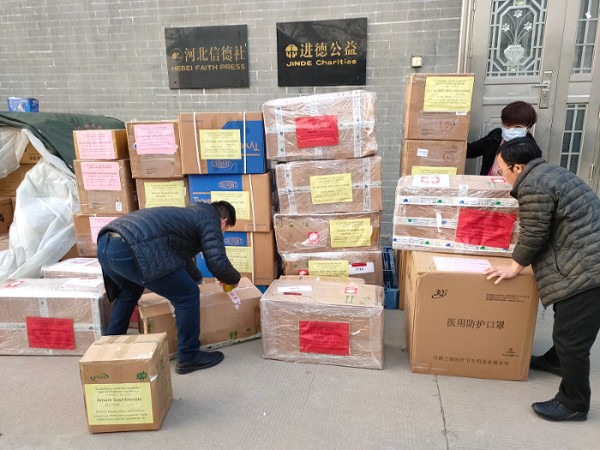 Packing, labeling and sending to Italy. 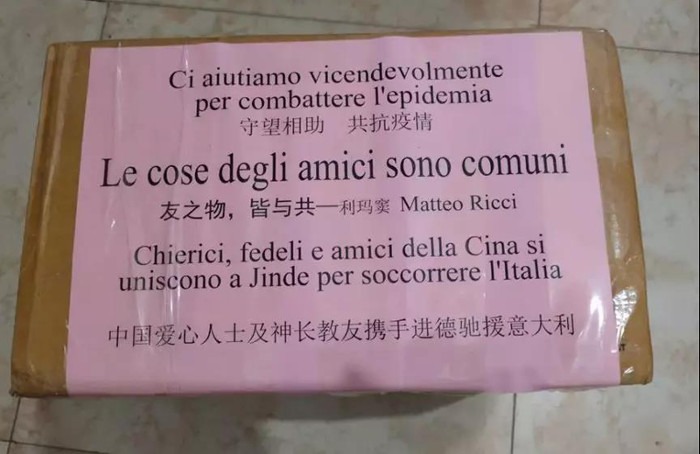 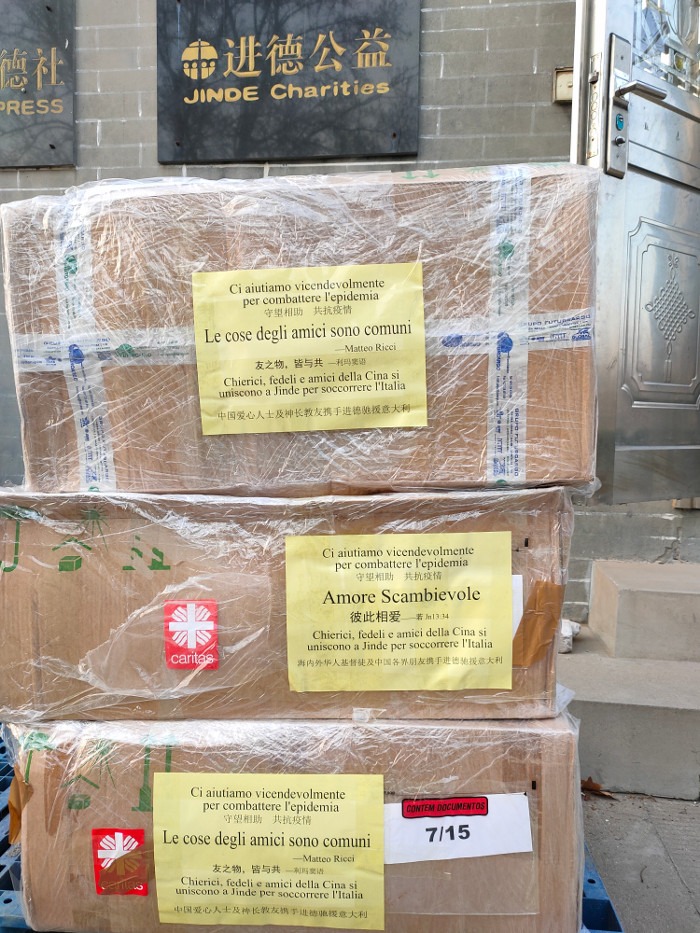